This is the white stripe above the slider. Don't touch it! Thank you :)

new-rentreview
Rent reviews became common in commercial property leases during the 1960s and 1970s as a mechanism for adjusting existing leases to current market levels. They were devised specifically to protect the value of landlords’ interests in an inflationary environment while enabling tenants to secure traditionally favoured long-term leases.

In today’s market, rent reviews typically occur once every five years and it is unusual to come across leases that provide for a three, seven or even longer period review pattern. The majority of rent reviews are now “upward only”, meaning that the rent paid by the tenant cannot reduce at review time, even if the open market rent at the relevant review date is deemed to be lower than the rent passing.

This structure of long leases with upward only rent reviews is a major contributor to the attractiveness of the UK market to commercial real estate investors. On the obverse, however, tenants are often left exposed in a falling rental market with over-rented premises that can prove expensive and potentially difficult to dispose of.

Rent review negotiation is a complex process, requiring an exhaustive understanding of the lease contract – in particular the provision for rent review to include the relevant lease assumptions and timetable for the rent review operation. It is especially important to determine whether “time is of the essence”, as the consequences of missing a specific lease date can be financially catastrophic.

When rent reviews fall due and landlord and tenant are unable to agree the new rent between them, then most leases will include dispute resolution arrangements. These typically involve the appointment of an independent expert or arbitrator who is authorised to settle the matter. 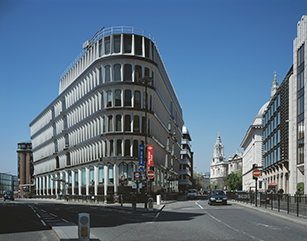